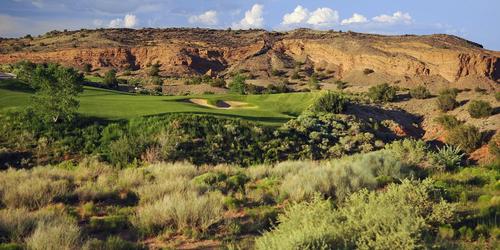 Experience a completely unique and authentic journey into the ancient lands of the Tamayame people at Hyatt Regency Tamaya Resort & Spa. Nestled on 550 acres of the Native American Santa Ana Pueblo between the Sandia Mountains and the Rio Grande River, Tamaya is steeped in over one thousand years of rich history and culture.

Golf at Twin Warrior
Twin Warriors Golf Club is one of two courses that make up My New Mexico Golf, one of the most prestigious golf groups in the Southwest. Twin Warriors has garnered numerous awards since opening in 1991. The readers of Albuquerque The Magazine gave it the Best of the City Award in 2011, 2012 and 2013. The 2014 and 2015 awards found Twin Warriors named in the Top Five among the best of the area.

Twin Warriors Golf Club reserves the right to change price and offer at anytime. Prices and offer are subject to change without notice. GolfingNewMexico.com is not responsible for errors posted in this golf package.